How To Potentially Turn A $10 Note Into a Massive Fortune

The coupon code you entered is expired or invalid, but the course is still available!

Inside you'll discover how to identify the key crypto currencies you should buy right now for the best chance to make an absolute fortune in the next few months, including: 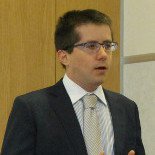 Tiz was the youngest Vice President ever promoted in the trading division of Barclays Bank headquarters in London, UK.

In addition to being a crypto currency trader, Tiz is a digital entrepreneur with businesses in the software, financial and publishing space and a lecturer at LUISS University in Rome, Italy.

He then pursued a career as an investment banker and fund manager with Citigroup, Deutsche Bank and Barclays Bank in London and New York. This included trading banks’ first ever $100 million natural gas transaction in Japan as well as managing and trading $750 million worth of customer funds as an FCA-regulated representative.

So he ditched the corporate ‘lifestyle’ in favour of home-office based trading and entrepreneurship. He started 10 online businesses and purchased 3 others all the whilst trading from 51 different countries with even just a mobile device and an internet connection.

The income generated from these online businesses allowed him to buy and sell several properties in the UK, drive some of the nicest cars, and get on some of the most incredible adventures in the world such as the TransSiberian Railway, drinking vodka with the country’s top trader and his family on 3 separate trips to Mongolia, drinking Steins of beer in Oktoberfest, Germany with the locals for 3 years in a row, partying with (mostly) Australians at the Run of the Bulls, Spain on 3 separate years, and the list could go on (can you spot a pattern?).

The internet offers an unprecedented opportunity for everyday people to achieve the income and the lifestyle they dream, desire and deserve. Tiz is most passionate about sharing what crypto currencies trading and financial education can do for those in a corporate job or for those who are looking to grow and preserve wealth ahead of retiring. This is an area where the system has failed (and will continue to fail) the financially uneducated masses.

Tiz’s principles and step by step methods are what make the difference between the 4% who go from strength to strength in life and those who fail.

When does the course start and finish?
The course starts now and never ends! It is a completely self-paced online course - you decide when you start and when you finish.
How long do I have access to the course?
How does lifetime access sound? After enrolling, you have unlimited access to this course for as long as you like - across any and all devices you own.
What if I am unhappy with the course?
We would never want you to be unhappy! If you are unsatisfied with your purchase, contact us in the first 30 days and we will give you a full refund.
off original price!

The coupon code you entered is expired or invalid, but the course is still available!